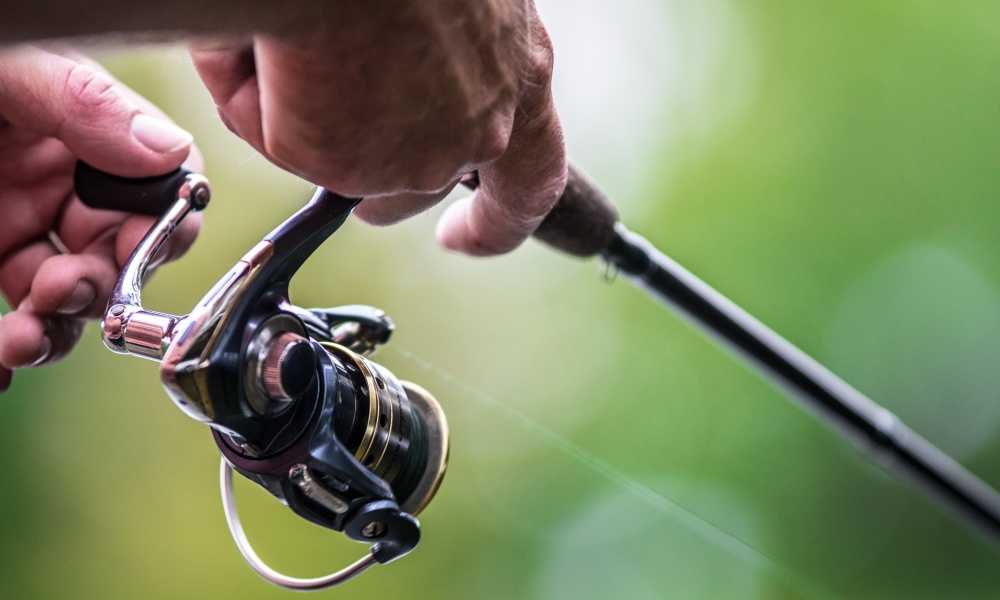 Are you interested in getting into the world of fishing? You’ve most likely visited an outdoorsman store that carries hundreds upon hundreds of fishing rods, reels, line, and lures. But without any experience out on the water, choosing the right equipment can be quite a chore.

There are plenty of questions you’ll need to answer, such as, what length of fishing rod should I choose? Or, what type of line is best for the type of fishing I want to do? But most of all, you’ll be stuck with the decision of baitcasting versus spinning reels.

To get a better understanding of whether you’d be interested in using a reel other than spinning, it’s important to answer the question, what is a baitcasting reel? Below are some interesting features of a baitcaster to help you get an idea of whether it’s the right thing for you or not.

What is a Baitcasting Reel?

At first glance, a baitcasting reel might seem intimidating to a beginner angler. But in reality, as long as you are willing to put in the time to learn how to use the reel, it can easily become your best friend. If you’re searching for the utmost amount of accuracy and control when you cast your line, you should be looking at this particular reel.

In comparison to spinning reels, a baitcaster is designed with a strong rotating spool, but you will be manually responsible for the line. To make the most out of using a baitcaster, you’ll have to watch out for backlash and bird’s nests, particularly if you’re a beginner. Plenty of people say that these reels are reserved for experienced anglers, but with enough time out on the water, you’ll surely get the hang of it.

The Benefits of a Baitcasting Reel

The first step to understanding what a baitcasting reel is will require you to consider its benefits, such as:

The Disadvantages of a Baitcaster

When it comes to disadvantages with baitcasters, the majority of them lie within the experience of the user. If there’s one thing that can be said about these reels, it’s that you’re going to need to spend a lot of time not only perfecting your technique but also learning how to use the reel right out of the box.

Depending on how quick of a learner you are, you may even spend a whole season getting the hang of a baitcaster. But at the end of it all, it will be well worth your efforts.

What is a Spinning Reel?

First, we need to understand what a spinning reel is. If you’ve ever watched someone fish before, you’ve undoubtedly seen a spinning reel in action as it’s the most common type. If you’re looking to go after medium-sized fish or smaller fish, you’re most likely going to rely on a spinning reel.

They are specifically designed to have a spool (that does not spin) under the rod, and as you cast off, the line will be drawn out because of the weight of your tackle, bait, or lure.

What are the Benefits of a Spinning Reel?

There are plenty of advantages to using a spinning reel, including:

The Disadvantages of a Spinning Reel

Should I Buy a Baitcasting Reel?

At the end of the day, if you’re asking what is a baitcasting reel, you surely need to experience one for yourself. No matter if you go out and buy your own gear or if you use a friend’s, it’s an experience that you soon won’t forget. For the angler that wants to perfect their fishing game and have access to larger fish in their favorite body of water, it’s certainly a reel that you need to consider getting your hands on.